That's a long way! There is Glasgow Van Man who could go and get it and they store for a reasonable amount until Martin's next loop. Martin also knows where these guys are. So anyone who has an itch for the game, it can be extracted if you are ok waiting.

Yeah Martin doesn't go to Fort William. There used to be a guy on here who lived in Fort William. He had to drive down to Glasgow to meet Martin. I don't think it is the same guy selling this as his pins were really well priced.

Jasonmuir737 said:
Its going to be on ebay for a long time. I asked the guy what the reserve was.......its 3k!!! It only reached £1179 and hes now re-listed it. Fort William isn’t the quickest drive either. Lovely scenery but the roads are all slow country type ones and I suspect Martin wouldn’t want to take that on.
Click to expand...

Factor it in to a weeks break. A holiday in the Highlands and come home with a pin - perfect

Although combining holidays with pinball collection can test a marriage. I talk from experience

Sent from my D5833 using Tapatalk
Reactions: Kenny Taylor, stationfire, johnwhitfield and 5 others

At £3k you would need to holiday in a tent

There was a TSSP on ebay in stornaway once and i was going to send someone to fly there and then hire a one way rental van and drive it back. Because obviously noone will bid on it. And the bloody thing sold for more than the going rate. 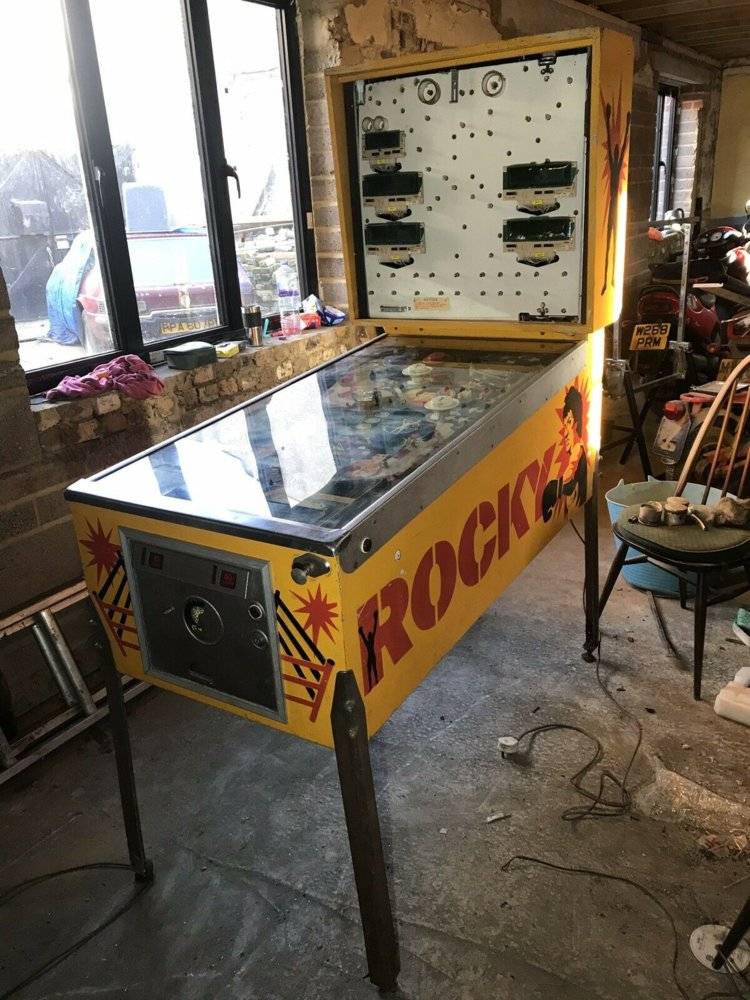 and here it is at POA show 1988. Quick test before setting up the beast that is Haunted House next to it. And the Centaur is still with me (with a better playfield and 2nd backglass - after the original had an accident with a golf ball)

and again at the PINBALL 89 event

can you name the 4 machines in the back row just from the backboxes? The sign on the pole gives away the one at the right end! 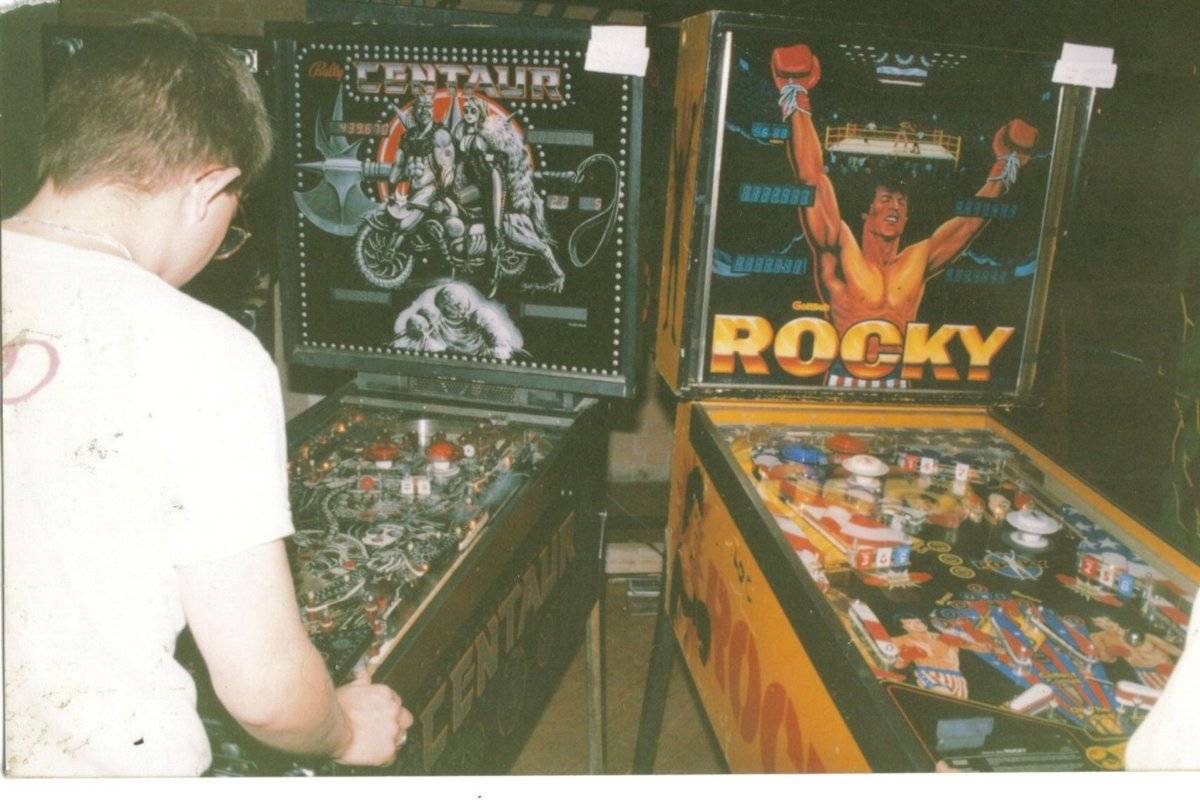 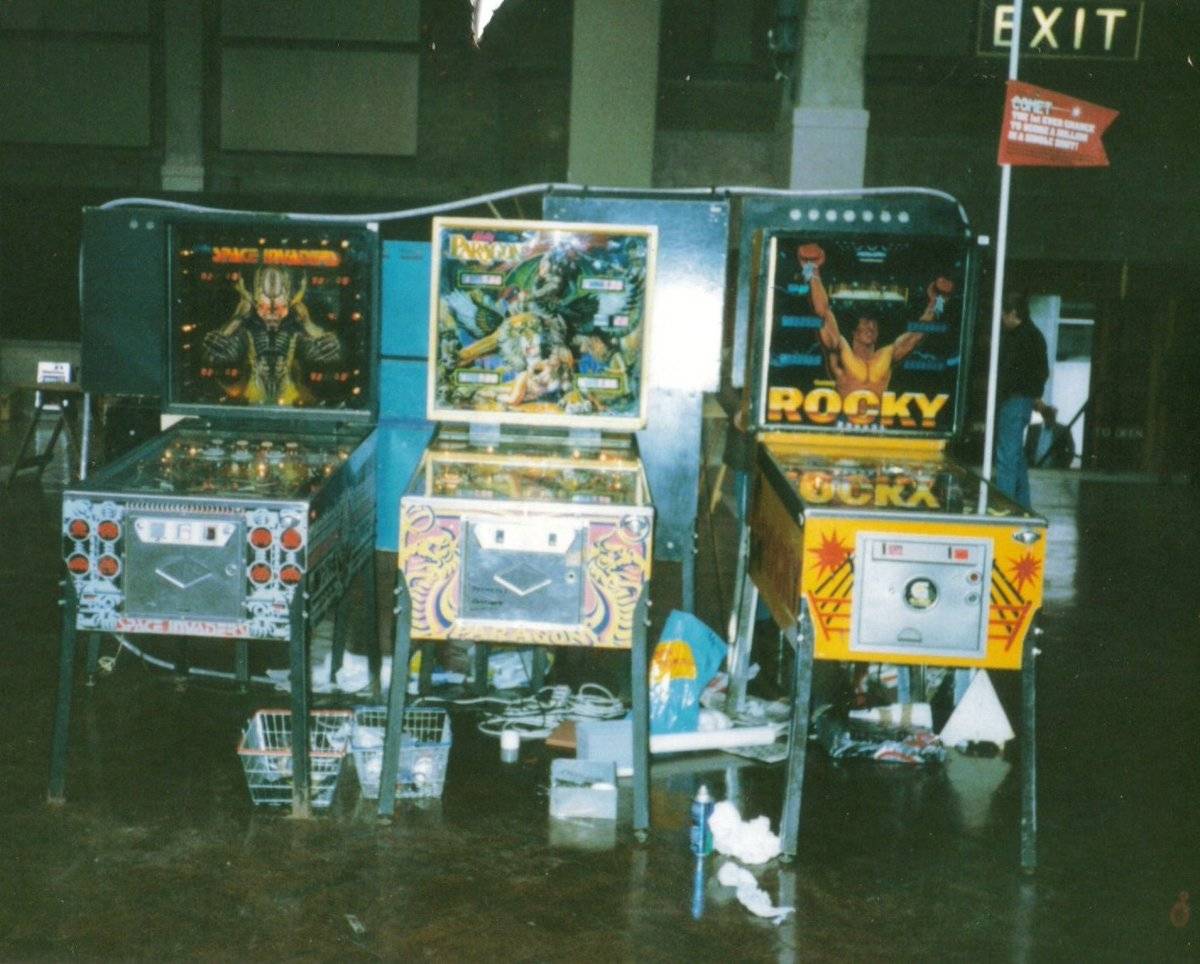 Jasonmuir737 said:
Its going to be on ebay for a long time. I asked the guy what the reserve was.......its 3k!!! It only reached £1179 and hes now re-listed it. Fort William isn’t the quickest drive either. Lovely scenery but the roads are all slow country type ones and I suspect Martin wouldn’t want to take that on.
Click to expand...

The Black Rose seller has lowered the Reserve on eBay
D

He’s quite a special individual - don’t get me wrong I loved my black rose but icon ?? And it appears he has spears ??

Got to wonder why it’s factory resetting on boot aswell

stumblor said:
Maverick. Currently at 900 with bidding going a bit nuts. Don't see these about much?

Says in the listing the solenoids, flashers all work in diagnostics with the door *open* Yet don't work in game (assuming with door *closed* though he doesn't say) .

These Segas have an interlock switch on the door that should cut the high power to solenoids when door is open .So this is almost like its working in reverse ??

davro-one said:
Got to wonder why it’s factory resetting on boot aswell
Click to expand... 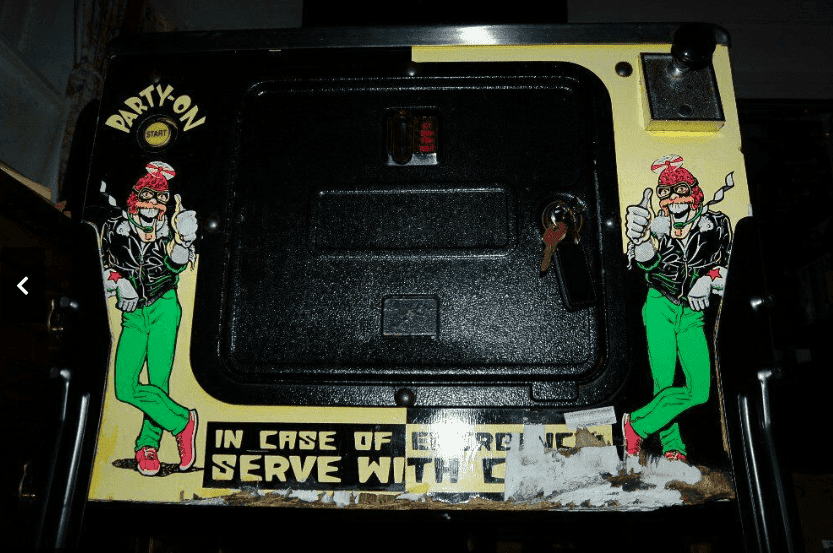 Meteor, Wonka LE, a very rare Papillon and others For Sale by Tobin

That's two Wonka LE's for sale as Rupert Bear's is now on ebay.

someone better tell who ever is selling that Wonka that the guarantee isn't transferable !

can't believe you'd sell that before munsters though - its a good game if not great but munsters is a turd - holy ****.

Anyone on here with the WCS ? I’d like one at some point,

What does all the gumf on the display mean?

Andy_B said:
What does all the gumf on the display mean?
Click to expand...

It means the ram chip has failed or (more likely) the batteries are flat.
Reactions: DRD

Garry Sp8 said:
Same here but I already have a really nice one!
Click to expand...

and in woking!!
J

Re. 'the gumf on the display(s)'; That's the game i.d., consisting of its name, Williams project/model number (541, included on most unique parts) and the software revision, L-4. It appears when accessing the bookkeeping, and by default when the machine boots up if the battery is dead, and the door's closed. I doubt if that much would show if the Ram had actually failed, rather than just becoming corrupt due to battery failure.

P.s. I hadn't heard that query for nearly 30 years; a collector had called in that a Space Shuttle wasn't working when she counted the money in it. I found that one of the roms was loose, and brought back the coin meter readings, being asked "what's the '2535 6' mean when I press the button?" when I handed over the paper with them on.
Last edited: Monday at 4:05 PM
You must log in or register to reply here.
Share:
Facebook Reddit WhatsApp Email Link
Top Bottom