@swinks snackbar mod (in all its versions) has been *the* mod the get for Creech for a good while now. When I received mine, I was really impressed with the craftmanship and attention to detail. More importantly, it just looks great - really adding a swag of character to a game that's already filled with it.

A little project that I've been thinking about for a while now is a lighting mod for the snackbar, some kind of RGB colour changing for the 'neon' strip, and a way to animate the letters of s-n-a-c-k-b-a-r so that it looks and behaves a bit more like a vintage neon sign.

Over the last few days I've had the chance to work on this project a bit, and have made some good progress.

* Arduino microcontroller
* Powered by the snackbar insert, so plug n play with the existing snackbar lighting
* Neon strip lighting colours controllable via DIP switch (7 colours), single or multiple colour mixing
* Snackbar wording lighting colour (7 colours) controllable via DIP switch
* Two animation patterns available for both strips, selectable via DIP
* A guarantee that the ugly white PCB you see below will never *ever* be used by me (ever) again. Unless I'm working on a boyz II men mod. I sweaar!

I always try to make things as easy to install as possible (and reversible) but there's a few considerations when powering from the insert. During attract mod, the insert flashes on/off every second or so, which doesn't play nicely with the arduino's 2s boot time. After doing a bit of research on that today I think i can skirt around that by using the optiboot boot loader, which drastically reduces boot times to something like 60ms. Yet to test that, so tba.

The other issue is that even when the snackbar insert is on, it flashes, which means that the voltage won't be constant. It behaves similar to an unsmoothed rectified voltage. I haven't scoped it, but it's approximately every 100ms . Obviously that isn't going to work with the power section I had planned, but as per how you would smooth a rectified input, adding a 5600uf smoothing capacitor to the power input resolved it.

Indeed, this looks like a great mod being further modded.
Reactions: stumblor

Crikey that is cool
Reactions: stumblor

Wow, you have taken this game and made it your own my friend.... what could be next.
Brilliant stuff.
Reactions: stumblor and Gonzo

awesome work and while the short run of Snackbar Mod v4 had RGB with various options the Snackbar Sign was lit all the time. I love when people mod a mod in a professional way - you have taken the mod to a new level.

mmmm now how to sort this out with a future run of Snackbar run....

Put me down for a snackbar mod @swinks and if I can get one I’ll deffo have a “move your snack bar” too @stumblor.
Reactions: stumblor and swinks

Oh yes, me too. A special order of Snack Bar Mod with a side order of Move Your Snackbar Mod for me please.
Hold the mayo.
Reactions: stumblor and swinks

Let me know when you have a price stumblor, might have to treat myself, looks like it complements Jady’s work well.
Reactions: swinks and stumblor

So the neon lighting kit that Davey is making won't suit the v1 Snackbar.

The Snackbar Sign was supplied with v3 and v4 BUT I did make a backwards compatible sign kit for v1 & v2 which could take advantage of Davey's sign lighting. To learn how to do this check out this guide in the manual section.

1. It makes one of the greatest mods ever created better.
2. I need one.
3. This is going to cost me money.

That was the best I could do. It looks great @stumblor put me down for one.

My only suggestion, and this is just my personal preference, is to have it light up the way it does in your video, then cycle through the letters one at a time, then light up entirely and remain lit. I thought it cycled through the letters too many times. Maybe instead have one letter occasionally cut out/quick flash like the neon is starting to go bad.

@swinks any plans to bring back the red dome for v5? I kinda miss the retro look it adds to the Snackbar.
Reactions: MajesticPinball, swinks and stumblor
OP

Cheers everyone, much appreciated.


Fifty said:
My only suggestion, and this is just my personal preference, is to have it light up the way it does in your video, then cycle through the letters one at a time, then light up entirely and remain lit. I thought it cycled through the letters too many times. Maybe instead have one letter occasionally cut out/quick flash like the neon is starting to go bad.
Click to expand...

Good suggestion. I thought that each section could have two different animations to choose from, the second one for the signage would be more a full lit version with the occasional letter flicker but it would be nice to incorporate that back into the letter cycling too.

with the sign you really don't see much of the red dome, and in version 4 I came up with a better way to light up the top which the guys with a v3 can easily modify to improve the lighting

plus it is running out of room underneath get the dome back in there, sorry
OP

The move your snackbar (modception) mod gets a mention on the pinball show podcast ep 24 . 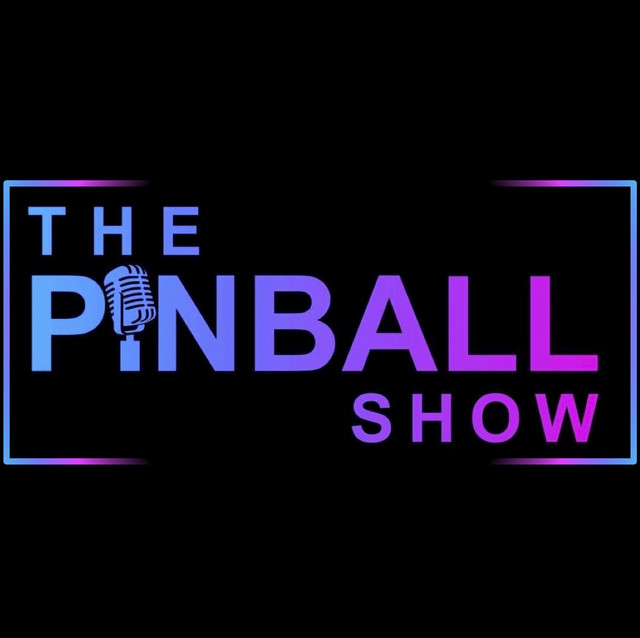 The Pinball Show Ep 24: Can You Milk A Boy Cow? - The Pinball Network

(51 mins in if you're a bit lazy). Cheers @kevlar for letting me know!

New rev of the board getting delivered next week. Will open the list to UK first, then over the pond a few weeks after that. Price it looking like it will be around £70 which covers the assembled board, lighting (two strips), extensions and anything else needed to get up and running - except the actual swinks snackbar mod sorry! Get in touch with swinks on here if you need one of those (spoiler alert - you do) , the last ever round is happening right now and still open.

Thanks to everyone for all the interest and support.
Last edited: Aug 7, 2020
Reactions: Calimori, Sutol, Fifty and 5 others

Please put me on the list. I can't have a Swink Snackbar mod and not this. Could you please clarify on the modes the Move Your Snackbar will have?

Is it two? Will it be identical to the video you posted earlier?

BTW, I wanted to mention... In your second VIMEO video you have "Move You Snackbar". You are missing the "R". I know you are a stickler for details.
Last edited: Aug 10, 2020
Reactions: stumblor and swinks

Put me down too pleases.
Reactions: stumblor
OP

Will do fellas, and thanks for the support.

don't forget to keep one aside for me please

Of course mate, defo got you on the list

New version of the board now on order with the smoothing cap in place, and the proper snackbar signage.

Getting lots of interest in this which is fantastic. The list now has 5 from the UK and 11 from US/EU/AU. Amazing. Lot of love for the snackbar.

Should be ready to start fulfilling the UK list by the end of the month. Thanks everyone for the interest and support.
Reactions: replicas, Calimori and Hullshark

Interested in one of these, just need to work out if it works with my version of snack bar. Think its ok i have a version 1, with dome and no snack bar sign, I have ordered the snack bar sign as a retrofit but haven’t installed it yet (machine is a few hundred miles away) don’t see any major problems but there might be something I’m overlooking

Davey's mod upgrades lighting for both the light blades and the sign. So for a v1 which had the el wire instead of the light blades with a sign retrofit you can use this mod to add the new features to the sign only. Still worthwhile I believe.
Reactions: BigIan

stumblor said:
New version of the board now on order with the smoothing cap in place, and the proper snackbar signage.

Getting lots of interest in this which is fantastic. The list now has 5 from the UK and 11 from US/EU/AU. Amazing. Lot of love for the snackbar.

Should be ready to start fulfilling the UK list by the end of the month. Thanks everyone for the interest and support.
Click to expand...

Am I being included in the UK numbers? Please say yes, as I hate it when Canada is grouped as part of the "America's".
Reactions: stumblor and replicas
OP

You're on the UK list mate (honorary section). Unfortunately Royal Mail will require proof that Canada is still part of the empire but don't worry I have a plan.

stumblor said:
You're on the UK list mate (honorary section). Unfortunately Royal Mail will require proof that Canada is still part of the empire but don't worry I have a plan.

I dated a girl that attended Nottingham University if that counts towards anything.
Last edited: Aug 10, 2020
Reactions: stumblor
OP

It certainly doers that unlocks the 'notthingham strumpet' discount which is basically just a round of high fives next time I see you.

I would like one of these too, but need confirmation that i can get the original mod from Swinks first!
Reactions: stumblor
OP

Cheers Matt - I'll put you down on the list pending that. @swinks posted recently that there are 10 left in this round so sure it'll be fine.