For Sale Your chance to own the worst pinball mod ever made and raise money for Blood Cancer UK!

Ever fancied owning something really crap to make your pride and joy look cheap and nasty while raising some money for charity at the same time? Thought so. Well here's your chance!

Up for sale by auction is this utter waste of effort, time, and money, and a general assault on everything that we stand for that is good and pure. 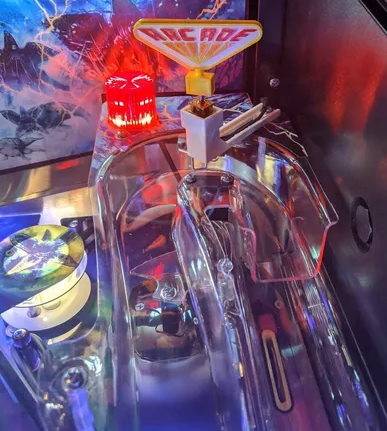 Consisting of a crude grey badly 3D printed plastic base which has nothing whatsoever to do with the game, in a colour that clashes with the beautiful palette of Stranger Things, a thick black cable is stuck to it with a large dollop of hot melt glue. This runs to possibly the loudest electric motor ever built, into which is attached a plastic arcade sign which rotates annoyingly (accompanied by the near deafening whine of the electric motor) when the other end of the black cable is plugged into the board by the coin door.

Astonishingly, this piece of utter tat retails at $69. (There is also a so-called "Interactive" version of this stain on the pinball community that is priced at a frankly bewildering $149. For the extra $80 you are spared the deafening whine and the annoying rotation except in one chosen mode when it will go ahead and strut it's irritating stuff.) Cointaker offer to post this to the UK for $229.71 by UPS Saver (??!!) or UPS Worldwide Expedited for just $206.19 (I'm not making this up) so by the time you add the 25% duty, this waste of plastic in the UK is worth $250 plus VAT and customs charges.

The good news is that you can have mine for much, much less than. Here it is in all its glory: 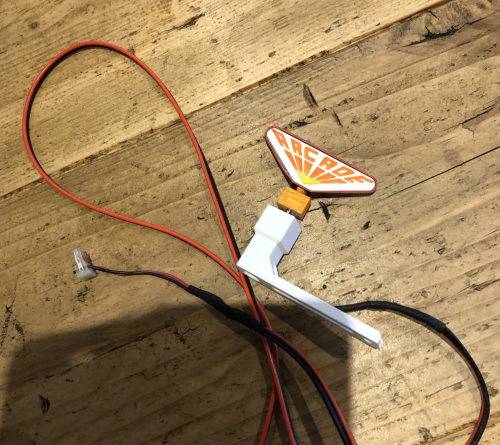 So.... if you would like to own this insult to pinball , post your bid below. I'll keep the auction open for a week, and post the item to the highest bidder (UK only). The money for the winning bid will be donated to Blood Cancer UK, so don't be shy and bid away. I'll even open the proceedings by bidding £5 for my own garbage.

Thank you and good luck.

P.S. Note to moderators: I realise this does not have a fixed price but trust that it does not stretch the forum rules too much so as to be unaccetable.
Reactions: Spandangler, Neil McRae, MajesticPinball and 4 others

Why don't you say how you really feel about it though?
Reactions: deathrow, Mfresh and Paul

What's terrifying is this is still 100000000 times better than the DigDug arcade mod for this game.

That is truly the most crap and most untasteful mod I've ever seen.

I had a mezel mods shooter plate for my BM66 it was 3D printed and painted and looked utter ****e but I’m sure it was $30 plus postage.
I made one today for someone’s WWF in brushed Gold 2 layer laminate and it’s pure quality in comparison.

I charged a fiver 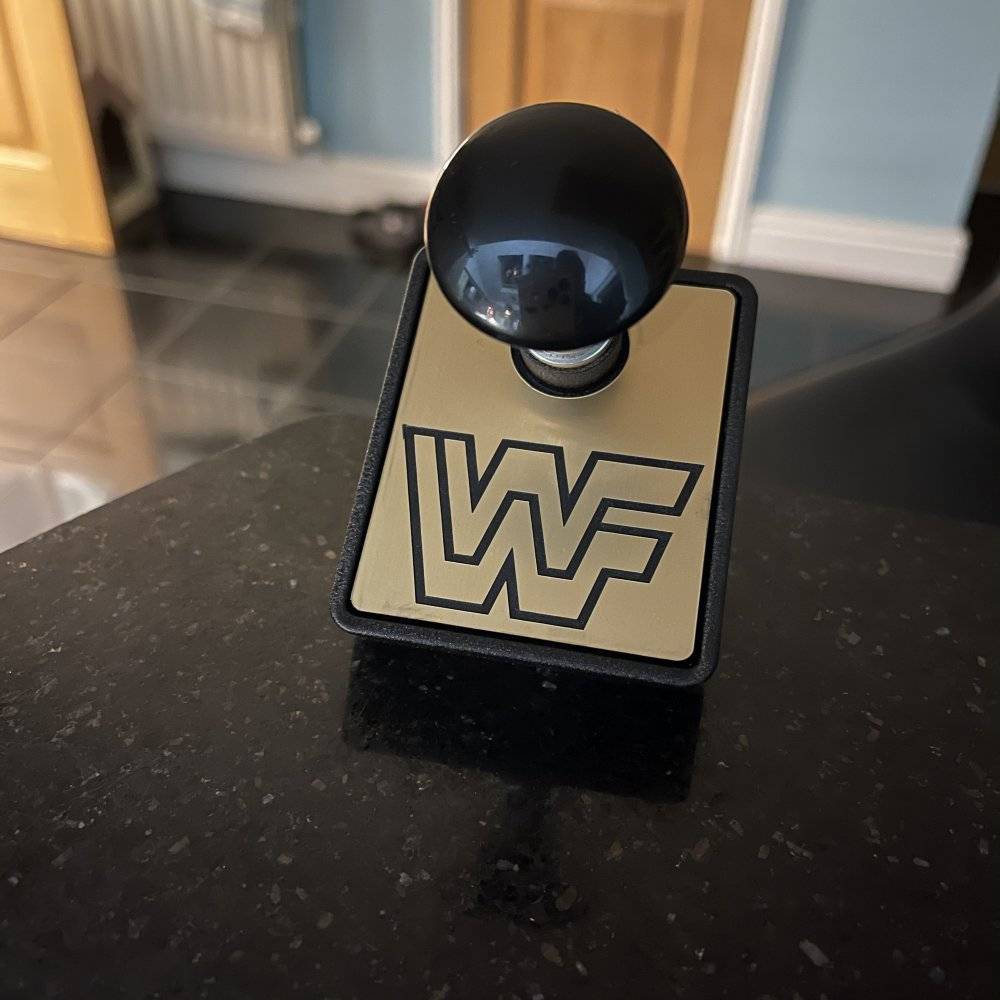 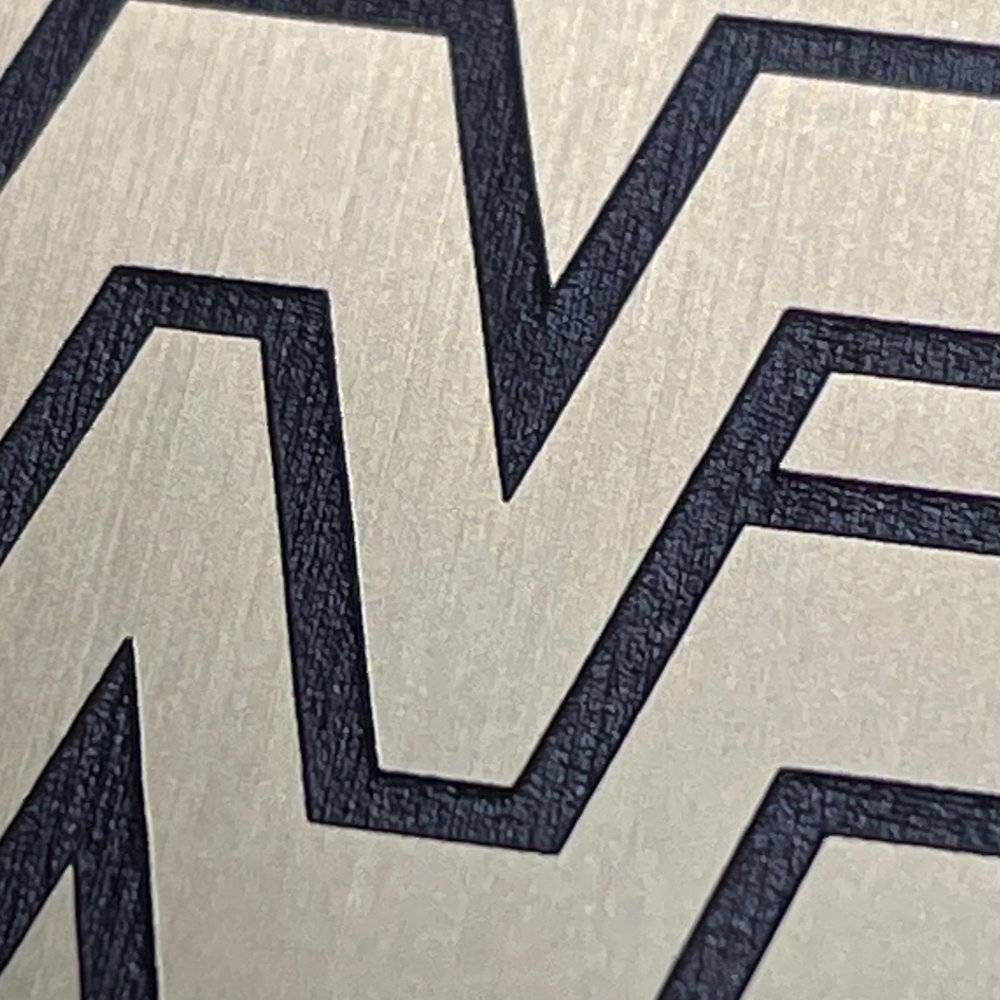 Looks like @Matt Vince is the winning bidder for this tat. Thanks Matt, very generous of you!

Matt you can make the charity donation on this link:
Paul Rubens is fundraising for Bloodwise (formerly Leukaemia and Lymphoma Research)
and anyone else reading this is welcome to do so too if they want!

Also, Matt please PM me your address and I will get the garbage sent to you!
Reactions: Bod

I bid all of the hard flat toffee sweets left over in my Quality Street tub.
Reactions: kevlar and AndyB

I paid up for that from coin taker

Very surprised nobody else bid, but happy to donate.
P

Donated - on the condition that you do NOT send me a dodgy mod.
Reactions: taz turbo, kevlar and Mfresh
OP

paul h said:
Donated - on the condition that you do NOT send me a dodgy mod.
Click to expand...

That's very generous of you Paul. Thank you very much. A dodgy mod is not winging its way to you as we speak!