You are using an out of date browser. It may not display this or other websites correctly.
You should upgrade or use an alternative browser.
D

Apologies if this thread exists elsewhere, but I thought it would be good to have a thread for Hobbit owners to talk in general terms about owning this unbelievable machine and to share experiences/problems/fixes.

For my part, I picked up my Hobbit SE from Chris Wilson on here a couple of months ago. It’s my first pin and I was really in two minds about the kind of investment I wanted to get me started in this hobby.

What can I say about my experience so far? I think the best compliment I can give it is that I play a between 30 mins and 2.5 hours a day and I have yet to feel even remotely bored by it. It’s absolutely vast, in physical size and in the gameplay. It gets said a lot but I really can’t emphasise enough how immersed you are in the world of The Hobbit when you are playing.

Sometimes I start games with the pure intention of completing one game mode that I haven’t done yet, and nothing else!

It took me a while to start racking up some good high scores, and when you get into an epic game it’s a brilliant feeling. I’ve actually shouted in excitement when entering Into The Fire mode!

Whenever people visit my home bar they make a beeline for TH, even total novices enjoy playing it! It’s great to see people getting 20k, then aiming for 50k and so on, getting more invested in the game as they play.

So for my part my top score is 2.4m. That was an epic session that included defeating Smaug, doing half of Into the Fire and a bit of Barrel Escape.

How do you guys like to go for high scores? Do you hammer Smaug multi ball or try to pick off specific modes one by one?

I’ve made a couple of small tweaks to it since I got the pin. I’ve altered the settings for Smaug’s jaw, so that his mouth moves a bit more when he talks, and to stop it from biting up too hard when not in action.

I’ve also added the bag end mod, created by Charles Nivision in the US. This is a beautiful little addition and although I didn’t fancy putting any mods on the machine, I think this works well.

There are a few issues I’ve encountered with TH and I’d like to see if other owners have experienced similar.

Firstly, the wire form on the left tends to pop the ball out and drain/kick back into the play field.

Second, when the DWARF targets are down I sometimes find the ball gets stuck in the recess where the pop ups are. Could this be because of the angle I have the pin on?

Finally, and this has only happened a couple of times, during furious multi ball sessions I have had a ball get stuck down the right hand side, over the face of Bard. That’s a killer because you need to take the glass off to free the ball. 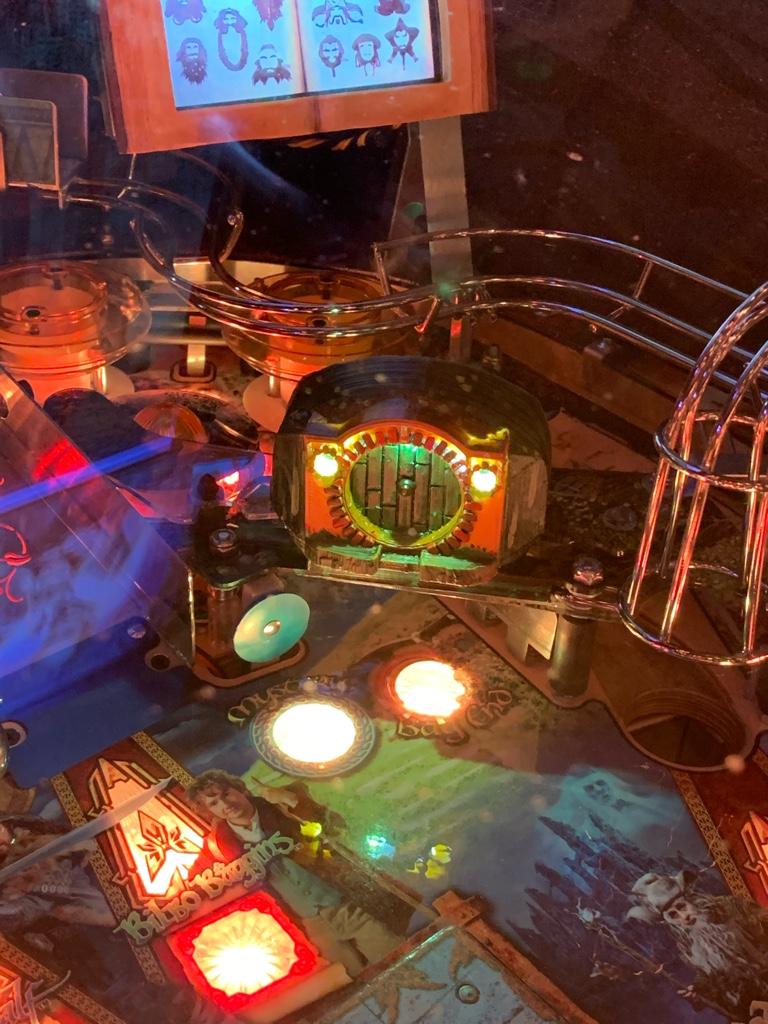 It is a great fun game which is very different to a lot of machines and plays long. You'll be amazed at how light and easy to move your next pin is

High scores, we usually work on getting modes done, still haven't really figured out which ones are 'best' for that, but the more stars then in theory the mode is harder and that effects the multiplier used in the wizard modes

Something I haven't found (or really looked at) is the beast popups sometimes don't go back down quite flush with the play field, so they slightly deflect balls heading towards the flippers - not a huge issue and does give you a chance to practice late-realisation-reaction-STDM-saves!
OP
D

Yes the playfield isn’t nearly as ‘flat’ as you might think is it? Some balls dropping out of the ramps change direction quickly on their descent!

I think I’ve played around max 14 modes in one game, possibly less. There are certain modes I get done early because they are fairly easy, The One Ring, Interrogation and Resurgence of Sauron come to mind.

Riddles in the Dark and Defeat of Azog are incredibly hard.