Have You Already Had Corona ? - Daily Telegraph

Very interesting article this. Worth the long read.

It is extremely difficult to know how widely this thing has already spread as there is virtually no statistically robust sampling of outbreaks anywhere on earth.

This article looks at credible, high quality, data from the cruise ship quarantined off Japan and also from a single Northern Italian town where all 3000 residents were tested ......

Jump to navigationJust how many of us have actually had coronavirus? Far more than the official figures suggest
Uncertainty over asymptomatic or mild cases means true number of those who have, or have had, Covid-19 is likely to be much higher

Amid the uniquely unsettling novelty the coronavirus epidemic has brought, one thing is more uncertain than any other: how many of us have, or have had, the virus?
On Tuesday, for example, Italy's civil protection chief, Dr Angelo Borrelli, briefed reporters with the latest statistics: cases up 3,612 to 54,030. The problem was that, earlier in the day, he had suggested there might be as many as 600,000. Asked to account for the difference, he said his earlier answer had taken into account asymptomatic cases. So what is it? 54,000 or 600,000?
Italy is not alone. Earlier this week, the Self-Defense Forces Central Hospital in Tokyo published a report into the Diamond Princess cruise ship, which was quarantined in February with more than 800 of the 3,711 people on board eventually diagnosed with Covid-19.
According to the report, cited by the Japan Times, four-fifths of those infected showed no symptoms or just mild symptoms. Scans showed their lungs had suffered some physical consequences from the virus, but the patients had not been led by their symptoms to believe they were infected. Quite the reverse.
Advertisement

Even in China, the poster child for lockdown and trace tactics which is edging back towards business as usual, there is uncertainty about asymptomatic cases. Estimates are classified. Officials insist all asymptomatic cases are unearthed by so-called "contact tracing", yet even if this is true and every such case is detected, the numbers are not trivial: the South China Morning Post obtained details which suggested some 40,000 asymptomatic cases had been discovered in this way. It's hard not to believe there are many more.
One way or another, it is clear that far more of us have, or have had, Covid-19, than the official figures tell us. But how many more? Only mass testing will give us a real picture of what is happening, and thus needs to happen at a far greater rate in the UK than is currently the case:

Without mass testing, two very different pictures of the spread of the virus are emerging.
On the one hand, there is the optimistic scenario, suggested by an Oxford paper which on Wednesday gained a huge amount of attention for a model suggesting that, given the current state of the UK outbreak, some 68 per cent of the population "would have been infected by 19/03/2020" – some 45 million of us, by last week, most presumably without even knowing it.
Such a result would be dramatic. The outbreak is overblown, it would confirm. Most of us have already had the disease and are now fine. The NHS has survived the epidemic without even knowing it.
But that was just one paper. There is another scenario. This one is that yes, there are lots of asymptomatic carriers (though far from 45 million), but rather than being beacons of hope and joy, they represent hidden problems – mines sown among the rest of us, ready to explode and cause a new outbreak just when it appears we might be on top of this one.
According to researchers at the Centre for Mathematical Modelling of Infectious Diseases at the London School of Hygiene and Tropical Medicine (in a paper awaiting peer review), children may represent such "mines" because only around 20 per cent of them develop clinical symptoms (as opposed to 70 per cent in older adults). Yet it is not yet clear how infectious such largely asymptomatic people are. This critical question "must be resolved to effectively forecast and control Covid-19 epidemics", the authors note.
Such infection is certainly possible. In Wuhan on Tuesday, the one new case was that of a doctor reportedly infected by an asymptomatic patient. And on the Diamond Princess, studies suggest some of the 20 per cent of infected passengers who suffered serious symptoms either went several days without obvious outward signs of the condition or caught it from those who never went on to develop serious symptoms.
So is the epidemic mostly over or every bit as bad as we think, with the potential to erupt when we imagine we're through the worst?
A single truth emerges: we will only discover the genuine picture through mass blood testing – a simple finger-prick tests that works like this:

The testing must be followed, once the outbreak (whatever its true size) is controlled, by picking representative samples in the population to screen regularly, just as such samples are quizzed by pollsters to get a more or less accurate snapshot of national voting intention.
In the middle of a mass global outbreak, it seems impossible to carry out whole population testing. Yet fate has twice thrown up unusual circumstances in which this has happened. The Diamond Princess was one such. The other was the 3,000-strong town of Vo, in Italy, where the entire population was tested after one of its citizens became the first to die of the disease.
There, too, researchers found "a significant proportion of the population" (three per cent) had been infected without knowing it, representing the vast bulk of the 89 cases discovered. More generally, in the researchers' estimation, "asymptomatic or quasi-symptomatic subjects represent a good 70 per cent of all virus-infected people".
There is good news in this: mass testing in Vo meant there were no further deaths. And factoring in asymptomatic cases also dramatically lowers the disease's mortality rate, which is currently based only on those who receive tests – usually those showing obvious or severe symptoms.
And finally, if you had a fever or a hacking cough earlier in the year and, looking back, now swear you must have had Covid-19 – well, you might just be right. For you, Tommy, the war might truly be over. Best stay inside anyway, though, eh?
Related Topics

It really wouldn’t surprise me if a lot of people have already had this but didn’t have the full classic symptoms. The problem is how would you know? About a month ago I totally lost my voice (I sounded like an extra from the walking dead). Then went down with a dry cough. About 4 other teachers I know had the same. No fever though.

Personally I think this was an entirely unrelated illness but unless they also retrospectively test how would I ever know?

The cruise ship scenario is probably the best one to use as a test. If a lot more of them retro test as being positive without having developed the full (or any) symptoms then maybe this is a good sign for the rest of the world.

there’s also a danger though that this type of thinking leads people to underestimate the risks. At this time the only thing we can really do is to stay in and try and take some of the pressure off the NHS.

it really feels like London/SE is currently ahead of the curve in the U.K.. I know loads of people who are currently down with it or who have had it in the last 2 weeks. Luckily I don’t personally know anyone who’s been hospitalised as of yet.

I’m not getting the same vibes from people on here who are based in rural areas. Although I know the West Midlands is also a hot spot. (This isn’t meant to be controversial Or a London/sticks thing but as of 3 weeks ago I didn’t personally know anyone who had been affected.).

The worrying thing: Apart from the obvious answer of underlying health conditions etc....
Why are some people getting little to no symptoms whilst others who are fit and healthy at deaths door?
I’m sure the experts have considered the possibility that there are different strains doing the rounds? Covid-19 - mutated to a degree ??
More lethal than others?
Last edited: Mar 28, 2020

Sako-TRG said:
The worrying thing: Apart from the obvious answer of underlying health conditions etc....
Why are some people getting little to no symptoms whilst others who are fit and healthy at deaths door?
I’m sure the experts have considered the possibility that there are different strains doing the rounds? Covid-19 - mutated to a degree ??
More lethal than others?
Click to expand...

It's to do with "Viral Load" apparently 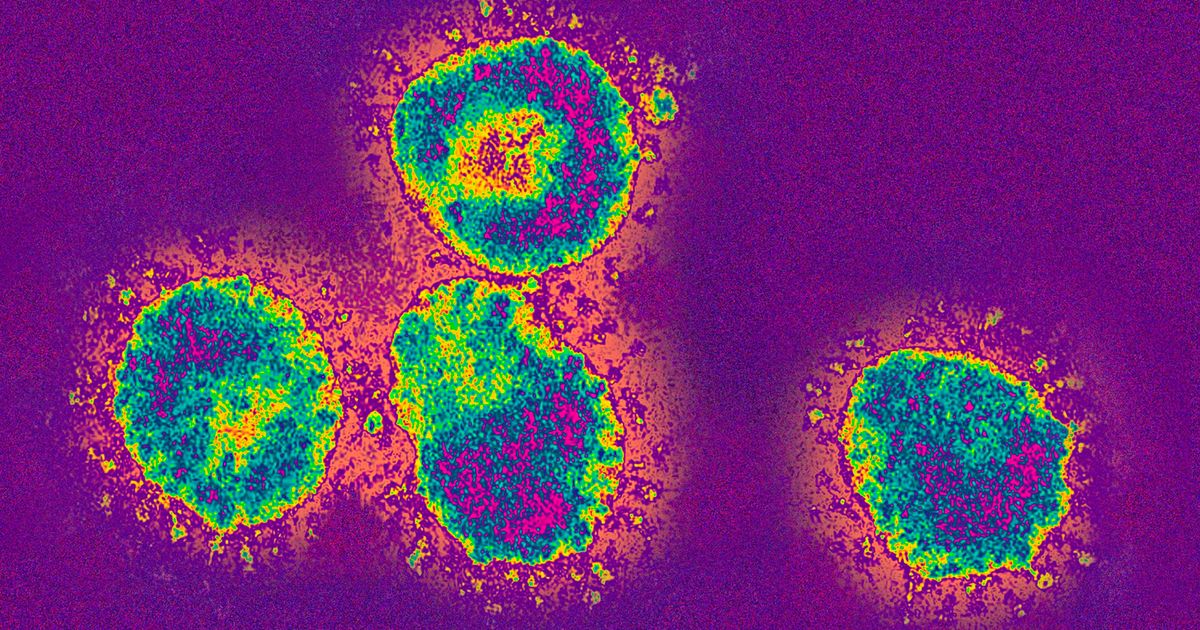 Is ‘Viral Load’ Why Some People Get a Mild Case of COVID-19?

A medical biologist on why the coronavirus might leave some hospitalized and others unaffected.