The UK Pinball Party draws ever closer. I'm sat at work counting down the last few hours.....can't wait till Saturday. As it's the only day I'll be at the show I'm planning on getting there for doors open and leaving when I'm kicked out

People at work keep asking "what you upto this weekend" and have strange look when I tell them I'll be playing pinball all Saturday.

What are other peoples plans?

Thought I wouldn't make it but change of plan ...now I can

Coming up from Brighton with Will but not until late Sat afternoon though, going to dinner and Jacks talk and then play the cr*p out of games on Sunday

Say howdy if you see me !
P

Just calculating how early i can escape from work... See you all there

catching early flight over in the morning.

Looking forward to it...

Yep, cant wait. Secretly hoping Tron is there to play......

Tron would be good but I'm only there 4hours so I reckon I'll still be in the queue by then!

Where are ya then BigIan??

I'm heading there first thing in the morning. I'd hapilly go all weekend and help out, as i have done previously, however it's my daughter's 2nd birthday on Sunday, so there was no way i could get outta that!

See ya all there!

Wasn't fussed on it. Not a bad game but very sparse and the same toy whirlwind used 20years ago

Didnt get into Tron at first, but went back to it and ended up loving it. Really liked the flow, except the usual Stern build quality really put me off owning one. Same could be said of nearly all the Stern games that were at the show apart from one or two very nicely kept examples. That rolling stones was a joke. Weakest flippers of them all on a brand new game!

Anyway, good show overall. Got to play all the greats and loved doctor who the most probably, even the new canasta machines werent that bad. Very quick game for the style of play. Thoroughly enjoyed but 6hrs driving has done me in........

Me, my dad and Jersey Jack 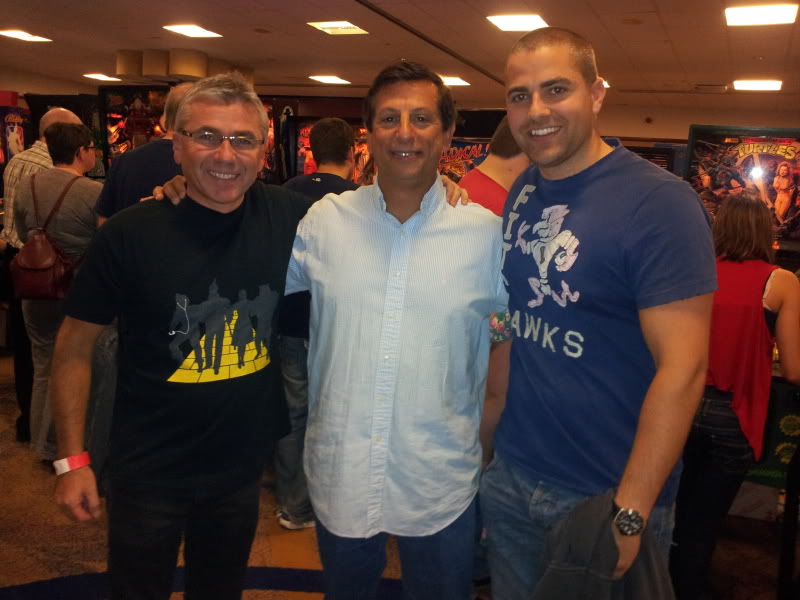 Me dominating on MM !

Just got back from the show....what a fantastic day

My first pinball party and the first time I've played nearly all of the pins their as I've only really been playing for 3 months or so. I really liked Tron, Whirlwind, LOTR and Fireball was really cool as well as all the usual suspects (MM , AFM etc). However there were two games that stood out for me and were my favs of the show.....Whitewater and Black Knight 2000.

I knew Whitewater was supposed to be great and was kind of expecting to like it tbh and I wasn't disappointed but the surprise for me was Black Knight 2000!!!! What a game, I don't quite know why but I love it

Does anyone know who brought the 2 Black Knights as I want to say thanks....and you've probably helped my decide what I want for my next machine. 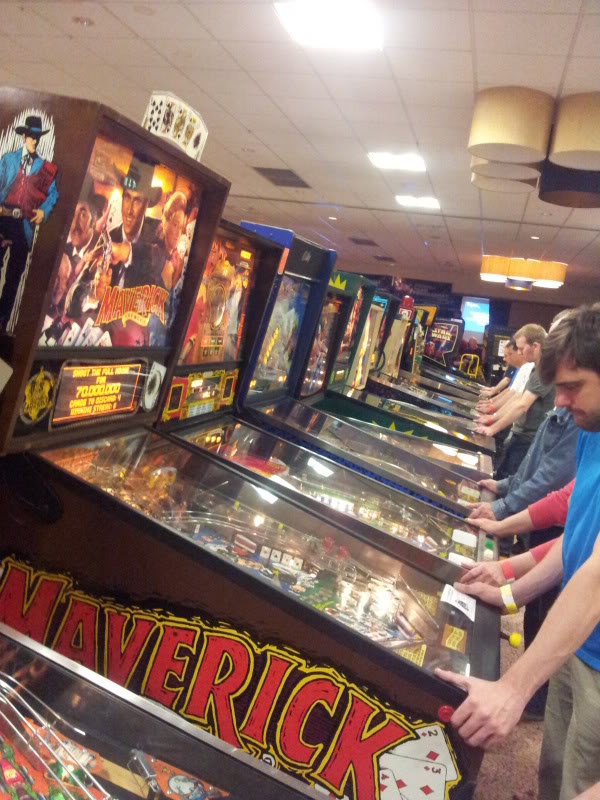 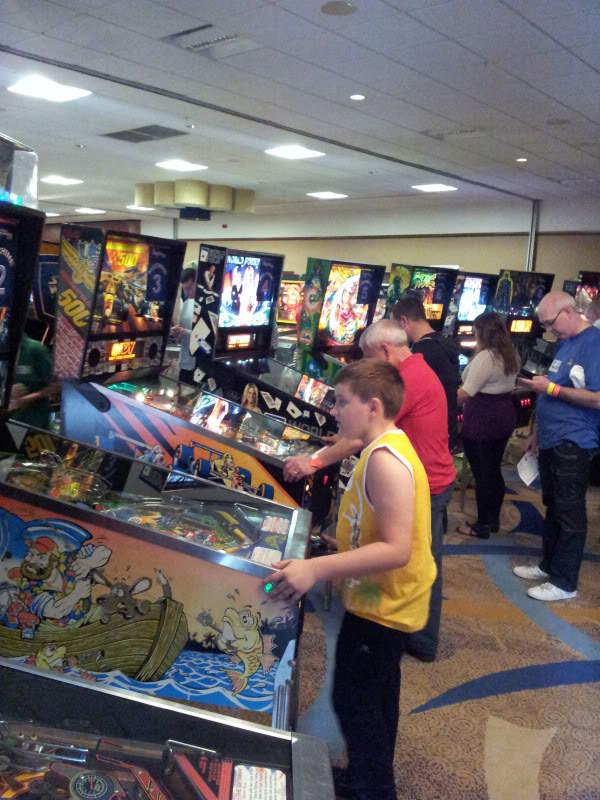 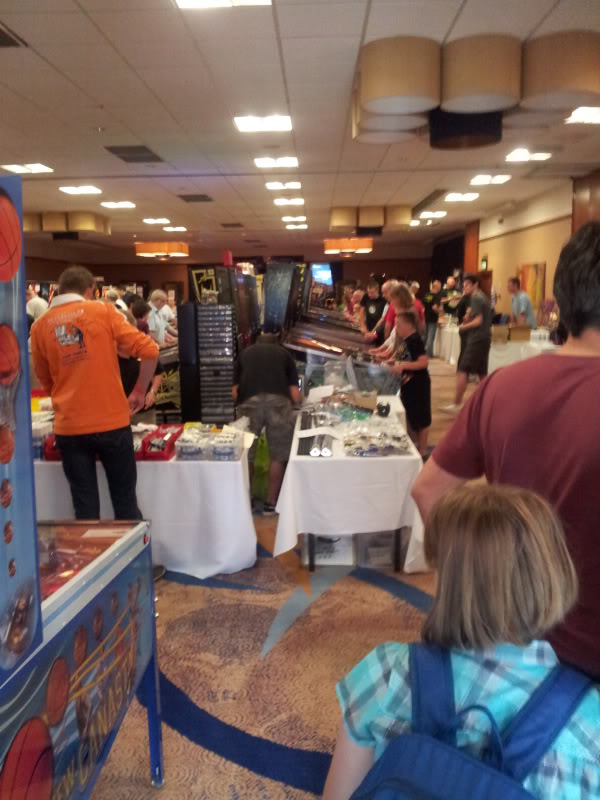 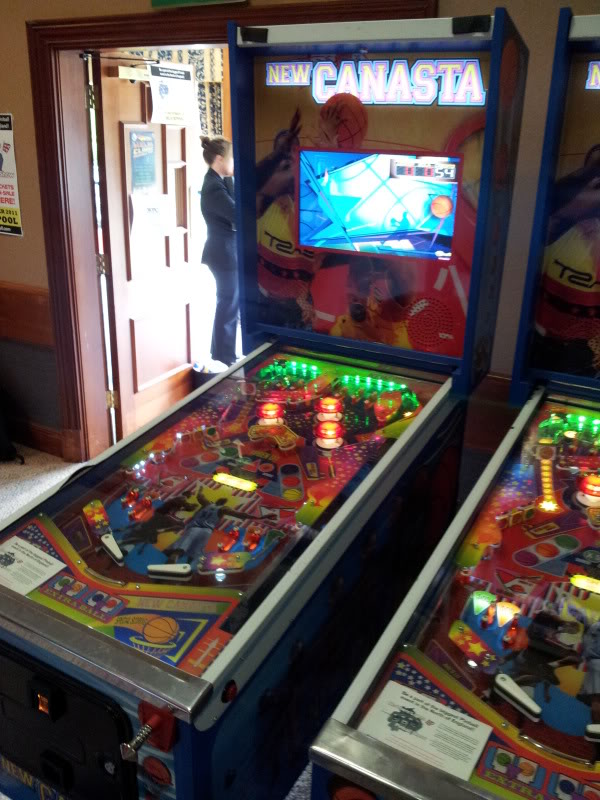 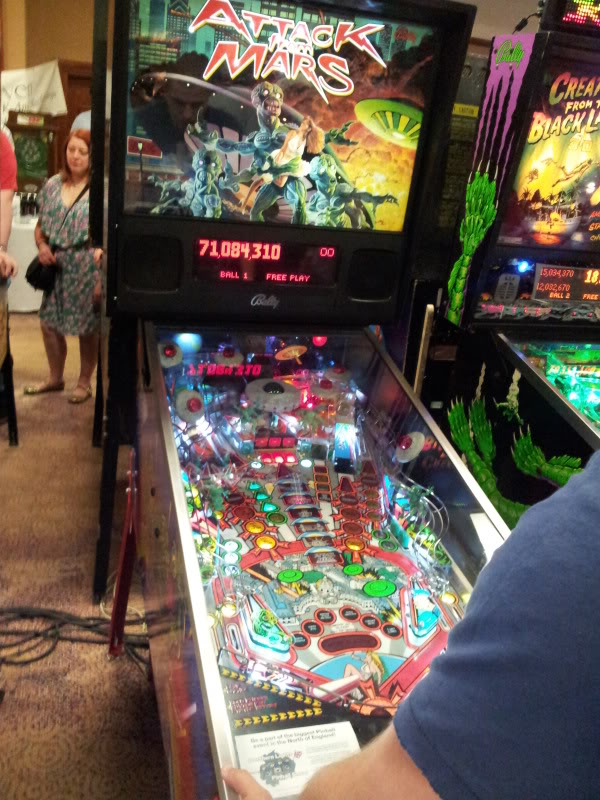 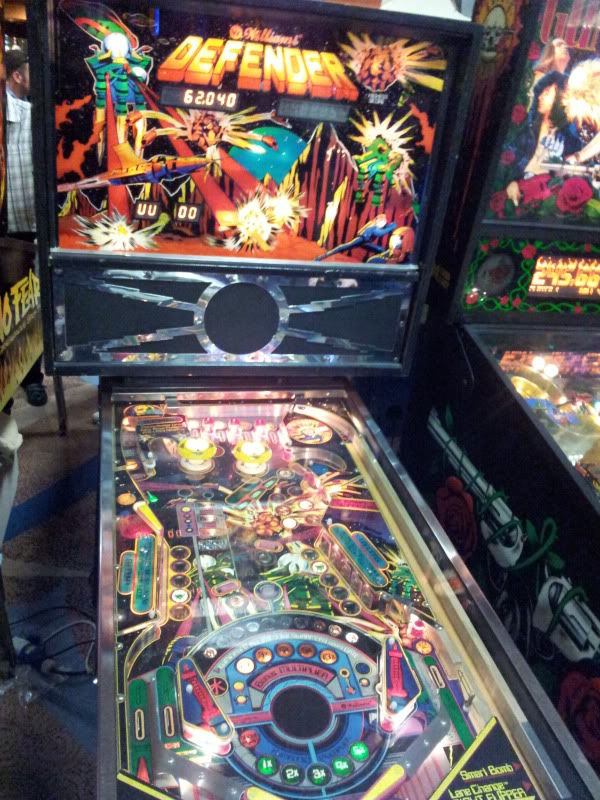 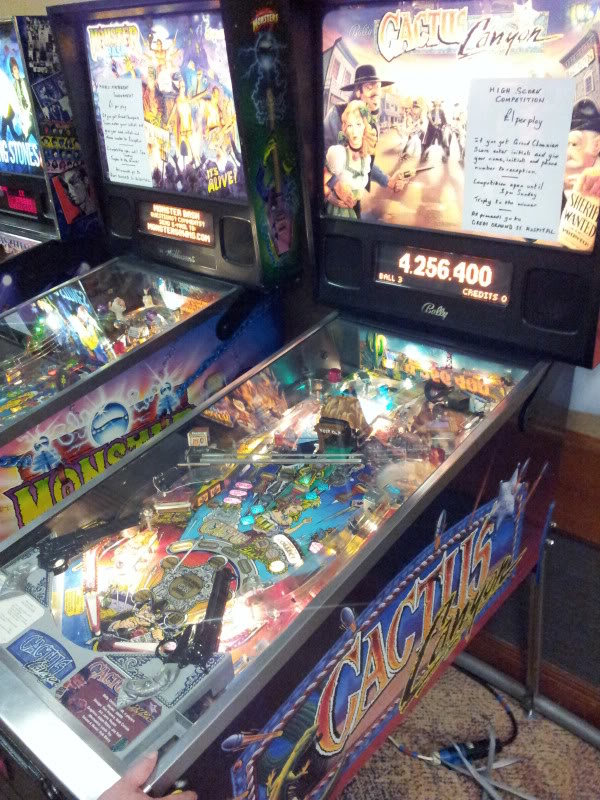 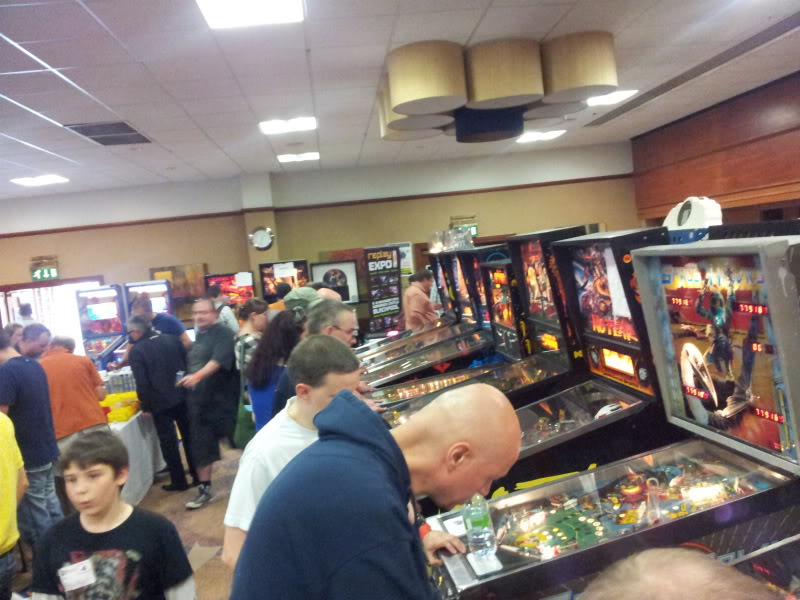 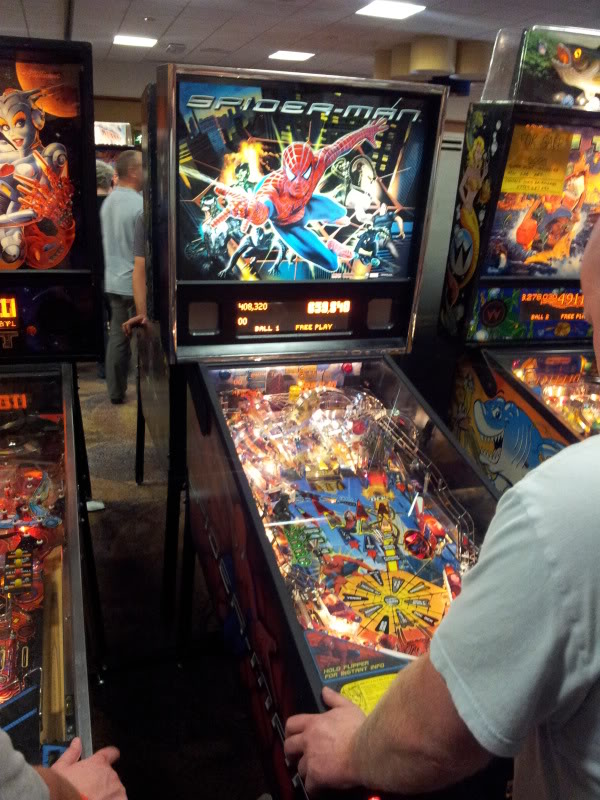 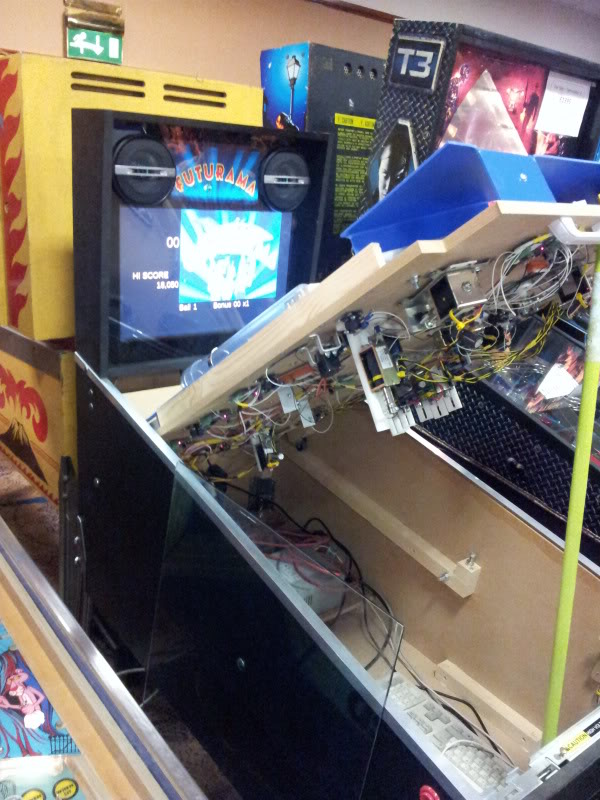 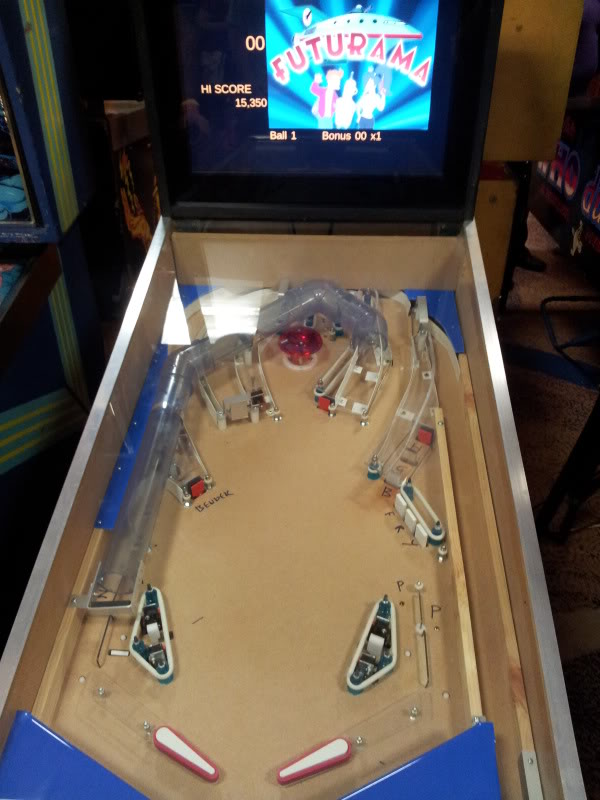 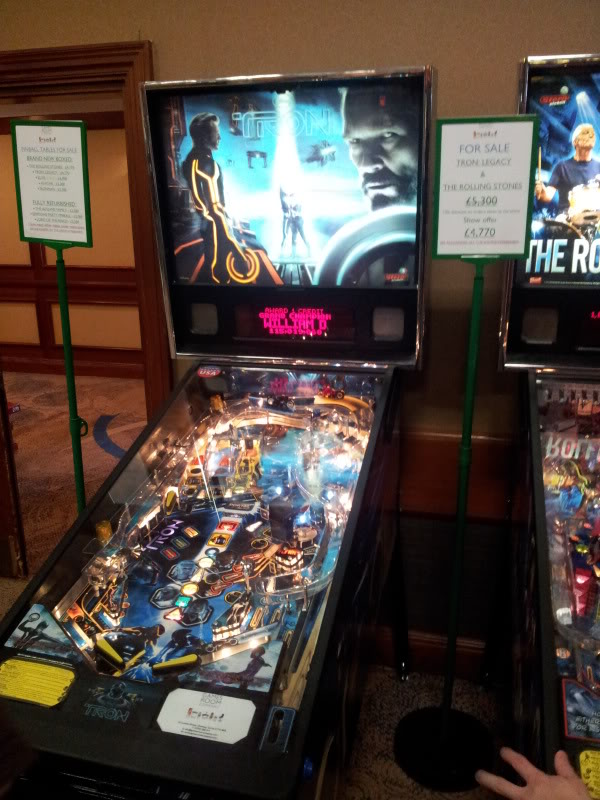 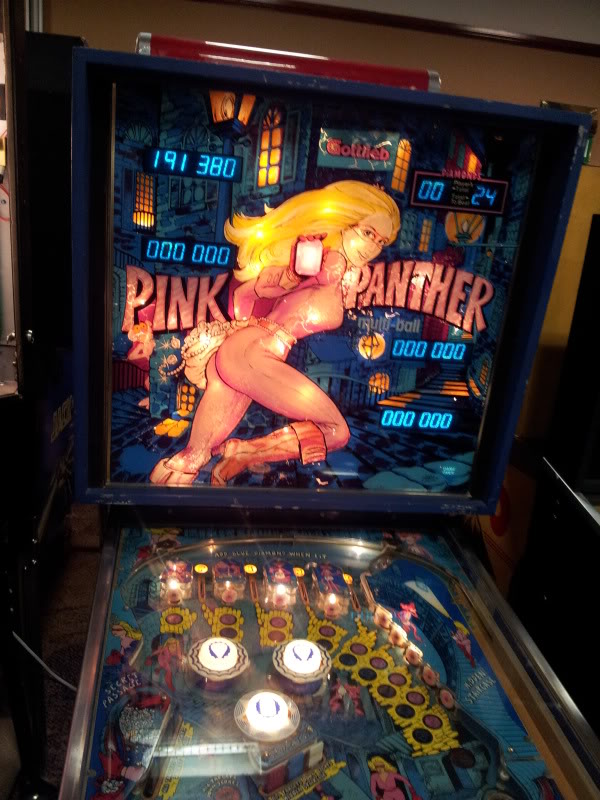 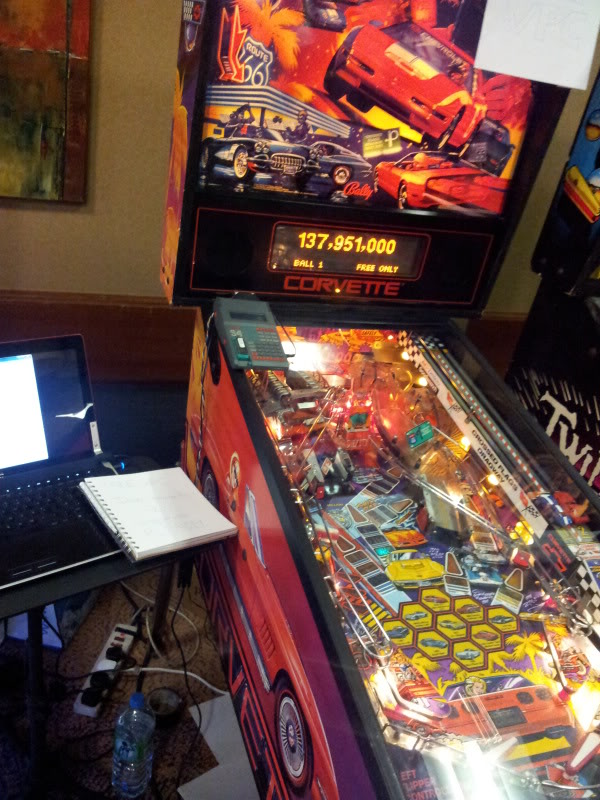 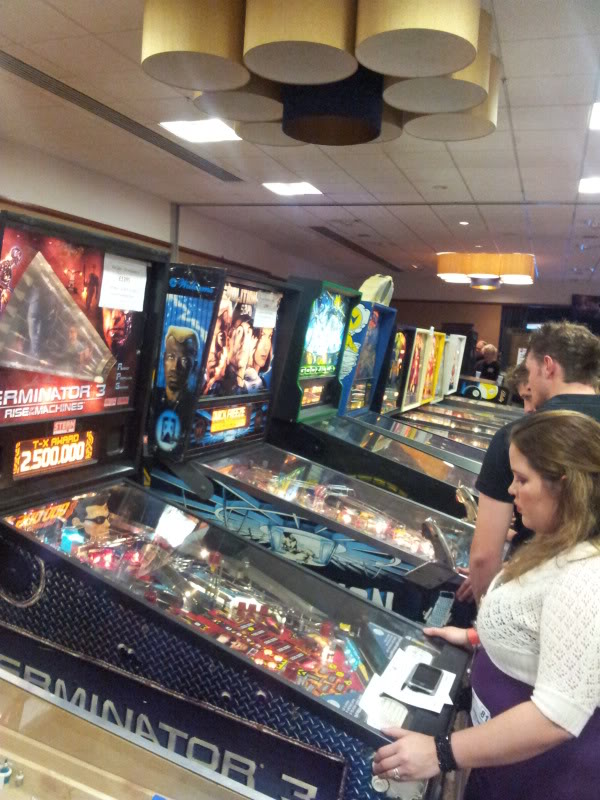 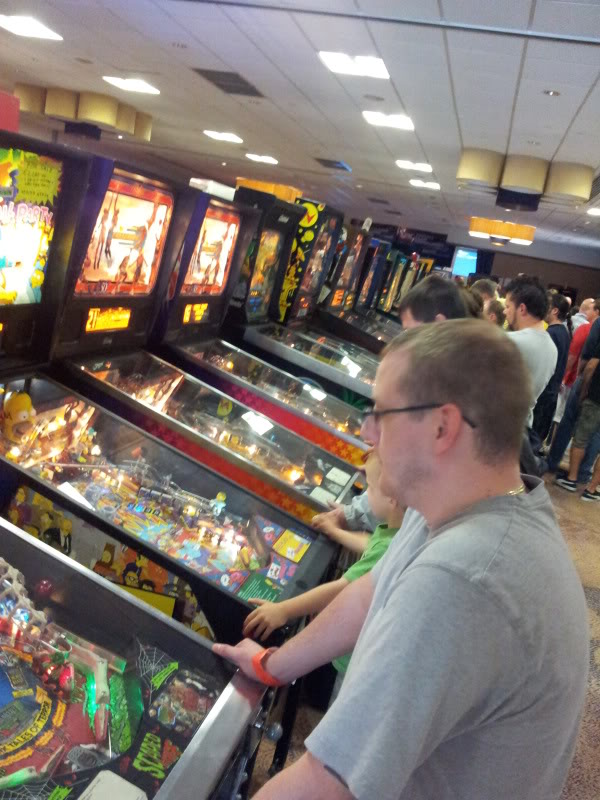 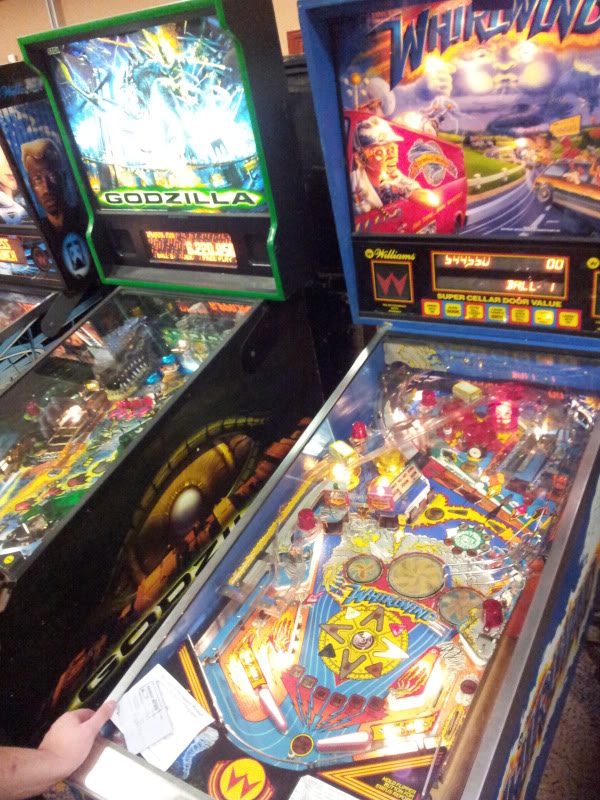 - Anyone thinking it was socially acceptable to fart in an enclosed room, at that temperature.

Thanks for putting all the pics on guys. Looks awesome wish I was there :-(

It was awesome. A huge thank you to those responsible for putting the Party together. What a weekend! Really think I need a Scared Stiff and a Dracula now! What is it with the undead?

I'm heading there first thing in the morning. I'd hapilly go all weekend and help out, as i have done previously, however it's my daughter's 2nd birthday on Sunday, so there was no way i could get outta that!

See ya all there!

I am based in Belfast, Northern Ireland

It was a great weekend even if I was dead on my feet due to working through the night a couple of nights last week...

teachp8' date=' post: 1676309 said:
It was awesome. A huge thank you to those responsible for putting the Party together. What a weekend! Really think I need a Scared Stiff and a Dracula now! What is it with the undead?
Click to expand...

Nice to see you again Mark - enjoyed playing a few games of Dracula with you. Always liked that game - now *really* like it