I have a Black Knight that I have restored over the summer. It's had tons of stuff done including hardtop, cab decals and new plastics and looks sweet

I had a problem with it whereby after about 40 mins in attract mode it would crash. Switching on and off would restart it but it would continue to crash subsequently.

It's not the PSB. I videoed it with a DMM on the 5v test point and there was no voltage change when the machine crashed. (well it changed from 4.98v to 4.99v)

It's not the soundboard- it crashes with soundboard disconnected.

Would anyone be prepared to "test" my CPU in their game to see if the problem persists? Obviously I will cover postage both ways.

The pin is in the garage and sod's law dictates that it now stays in attract mode for hours withour crashing. I was wondering if it is a temperature thing.

I am planning to sell it but don't want to be shifting a pin with a possible issue.

Ok thanks David I'll give it a go.

FWIW nothing was getting particularly hot when the problem occurred.

Also I'm assuming it's CPU when I suppose it could be driver board. However, I have swapped all the driver PIAs around (all socketed) and still got the issue.

Andy_B said:
I videoed it with a DMM on the 5v test point and there was no voltage change when the machine crashed. (well it changed from 4.98v to 4.99v)
Click to expand...

I'm not sure that is a valid test - a DMM won't react fast enough if the voltage sag is transient.
Reactions: AlanJ

I'd hazard an educated guess that it's caused by the PSU, have you changed the capacitors on there?

Ok it was a sys-11 CPU but random resets were caused by a cracked resistor pack that you couldn't see until I removed it.

Moonraker said:
I'd hazard an educated guess that it's caused by the PSU, have you changed the capacitors on there?
Click to expand... 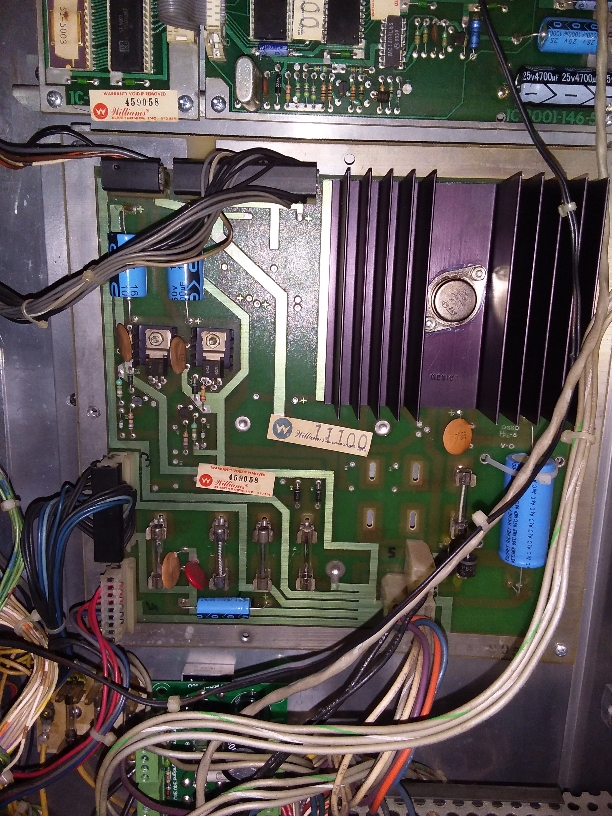 Fubar said:
I'm not sure that is a valid test - a DMM won't react fast enough if the voltage sag is transient.
Click to expand...

Is it likely though that the PSB issue is so transient that it won't register on a DMM but is enough to crash the CPU?

Andy_B said:
Is it likely though that the PSB issue is so transient that it won't register on a DMM but is enough to crash the CPU?
Click to expand...

Likely - I don't know. But the CPU will crash if the 5V goes down for 1ms, and most DMMs won't register something so fast.

I'm not saying it's a worthless test, just that it's not 100% reliable.

Have you another PSU from another game that you can swap over?
OP

So I've finally got round to having another look at this.
I covered the rest of the boards and gently warmed the CPU board with a heat gun. I managed to get it to crash.
The board has new ROMs and sockets, NVRAM fitted, new male header pins including interboard connector and I think I swapped the CPU chip which is socketed.
I'm thinking cracked trace - any other suggestions?

New sockets, new interconector, new male pins, new roms... seems you changed everything. Did you replace the original IDC connector terminal pins and housing with new crimp-on trifurcon connector pins? The IDC connectors have less contact with the cable and can fail with the heat or vibration.

Do you have another CPU board (or another game) you can swap between to verify that the problem is with the CPU board?

Since the heat-seeking technique seems to work, can you narrow down the location - maybe figure out which quadrant of the board needs to be heated?

I assume you've inspected the board carefully on both sides? Sometimes there is a visual clue.
C

I have here system 7 cpu that im not using... but tested and working. Jumped to work with 2732 roms. I can post to you, you just put your roms and see what happens... if you want. But before, re flow your pins solder and see if something change.
But if you have the original IDC conectors, those can fail with heating too. Not just the solder in the pins.
OP

Thanks for the replies guys.
I have done the male headers but not the IDC in the connectors.
When the CPU froze, pressing the master switch gave a 9 and/or 4 but not consistently so I pretty much ignored it. 9 would indicate 5101 issue and 4 is IC17.
I examined the soldering on the 5101 socket and found a solder blob almost touching an adjacent trace. Cleaned this up and thought I had cracked it but the CPU still freezes but now gives a consistent 4.
If this is accurate

it indicates an issue with IC17, the 2732 ROM.
I have the board on the bench and have re-soldered the IC17 socket and intend to use Marco's test ROMs to see if the problem persists.
#Chilpin I may take you up on the offer if the issue persists.
Thanks again.
Andy

Well, I found a system 7 board in my stash and managed to get it working. It passed all the Marco Test Rom tests including the ROM socket tests.
It worked initially in the pin for a few hours but now I have lost displays and in attract mode it plays a loud tone that gradually rises in pitch and shows a 6 on the CPU LED.
The gift that keeps on giving

A 6 on CPU led is a failure in ROM 1. Did you changed the socket? Those old Williams Socket are not realiable, even if they have passed a test.
OP

Yes I changed all the sockets and new ROMs too.

I have sorted the sound issue by re-pinning the sound connector on the CPU.

The "6" on the CPU led has now changed to a "4" which puts me off trusting it at all. The game boots though and I can play a game , just no displays.

Thanks for the reply.

The 5101 has been socketed and changed to an NVRAM. One of the 2114 chips has been changed. A lot of work done to the board.

. If I press the switch on the CPU I get a "0" momentarily which immediately goes back to a "4"

I may re-burn the ROM chips to start with and see if that changes anything. 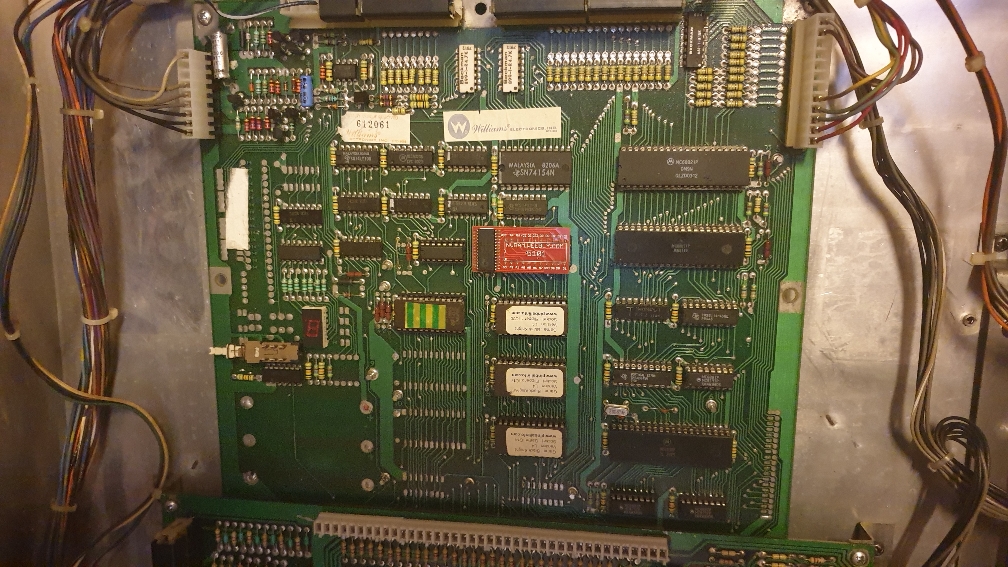 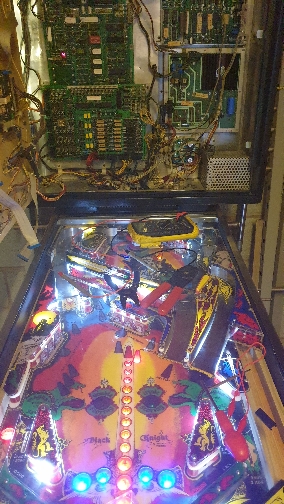 Lets see, in case it continue, just check the ram socket and try another ram. Nvram could fail too sometimes.

Sounds like whats I'm up against with my pinbot - sys 11 board issues. These are not easy - at least you have a 7 seg display. Mine only has 3 leds !!
C

Bally MPU only have 1 led and that is much more reliable than the 3 leds of williams or the 7 segment display.

yep love the bally mpu board. struggling with my system 11 board