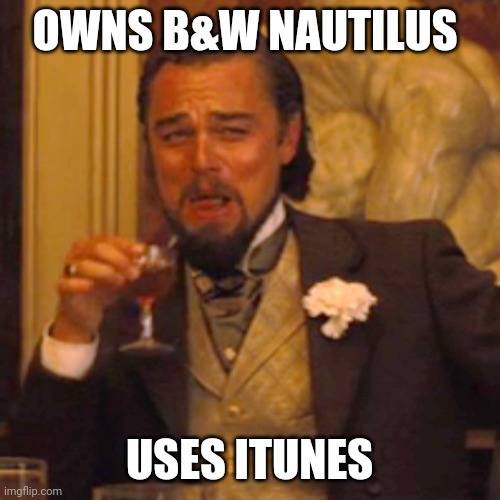 Well I shall certainly sleep easier after seeing this..

Before a game, I put the 2 new posts Phil sent me, in the pops area, you can see the original one below and the one (out of picture) to the right.
As per recommendation I did not put a washer on. I could not see pooling on the original posts.

The other post I think I should change is on the upper playfield, not done yet, no pooling but I did put a rubber on it. Plan to change it when I do the cliffys.
Checked a bunch of screws and bolts under the playfield to make sure everything was tight and secure, all good.
Checked backbox connectors were all pressed home and fans were clear of wires sticking in them especially the CPU fan! All good

Then played a couple of games.

Next I updated to 1.22 via the Internet just fine.

Next popped in the Pinwoofer, sounded awful to start with, but with Dan's help got it sorted now its loud and clear as F&CK

Bad points:
The left art blade had for some reason half pealed off and was bubbled so had to carefully take it half off and reapply.
The lockdown bar is so freaking tight as the glass is so snug that putting on the lock down caused the 1 inch foam 'things' to come off.
For some reason the game will just decided to plunge for me, most annoying. - Anyone else have this?
20 games in and the left spotlight just came apart; (what is that white stuff?

The good points:
Wow what a rush and a game, love it.
The light show, music and package is brilliant, played AFMr after to have a rest!
Need a lie down after playing it!

Check all mechs underneath

How long did it take to fit the Pinwoofer Kit @Julian?

Dave Bishop said:
How long did it take to fit the Pinwoofer Kit @Julian?
Click to expand...

Theses settings are pretty much perfect;

First JJP - I noticed with the lockdown bar - don’t force it.
Stick your hand under and feel for the latch, depress whilst pulling the yellow lever to the right and it will engage

The stock sound is absolutely sh^t - sounds very tinny.
Glad I bought the Pinwoofer, not sure when I will be installing though.

Was there a reason no washers were sent out?
Curious if this is now advised against??
Reactions: PinWoofer

I haven’t flipped a game yet, I will be installing all protection tomorrow hopefully if I get time.
The engineer in me could feel something different immediately with the texture feel of the surface of my playfield once I got the glass off.
Sounds silly but not that rock hard feel, kinda soft to the finger tap.
So....with my fingernail with little to no pressure, I press and immediately leave an indentation.
Do the exact same test on my Kiss LE, not a single mark even with way more pressure, it’s completely fine.
Kiss just feels rock hard in comparison.
Repeated the test with my Mrs - same result.
The clear coat is way softer. Just a nervous observation.

Check all mechs underneath

maybe then I will play a game!
Click to expand...

I did the difficult stuff first

that appears like a chemical issue. the clear isn’t properly miced with enough hardner. fine line as too much will crack
Reactions: Sako-TRG

Homepin said:
I have used one finger over the end of the suction pipe to prevent a catastrophe and gently massaged around the collapsed area with perfect success.
Click to expand...

I love it when you talk dirty Mike.

AlanJ said:
that appears like a chemical issue. the clear isn’t properly miced with enough hardner. fine line as too much will crack
Click to expand...

CHRIS B PINBALLS said:
Ok so update on gnr post fixes I have done 3 now
It’s looking like our batch of le has had new style posts fitted so no need to change anything
The CE has the old style post fit so 2 will need changing one by the pop bumpers and the one on the mini playfield those can be identified by they do not have a nut on the thread on the post as it’s too short to go through I fit the Williams ones supplied by Phil and also fit a thicker washer under the post so it doesn’t just sit on the collar of the post
Don’t remove the t nut as this keeps the post central
Make sure the post is tight down before fitting the nylock nut on the bottom
I also fit a rubber to the mini playfield post as it doesn’t come with one on this does not effect any shots
I am happy to document mini playfield removal with pics if that helps any one out
Click to expand...

I’ve just got a LE and the posts from Phil so that’s good to know nothing needs doing.


Sent from my iPhone using Tapatalk

daveyp said:
I’ve just got a LE and the posts from Phil so that’s good to know nothing needs doing.

Thanks for the info.....
I'm looking at the pops now, do you think the pop posts would still benefit from a washer of some sort underneath?

Also, the two left outlane posts, i've just undone the lock-nut, these don't have a T-nut - just a locknut and they are definitely not thicker posts.
they have loads of slack.
C

The mini post have washers on already I think it’s down to you if you want to put any more washer on personally I wouldn’t unless I already had pooling which the ones I have seen so far do not
The out lane posts and all the other posts are 8/32 which is the correct size a small amount of play but but that’s ok the Williams ones are 10/32 and if you take the shouldered part are much too thick to go through the playfield unless serious force is used and if you don’t damage the playfield fitting it you will if you ever try and remove it
Reactions: Sako-TRG and Neil McRae
C

CHRIS B PINBALLS said:
Mirror blades fit in gnr today bit tight but they do fit and a bit of modification with the dremel
Click to expand...

Played GnR for the first time this week at Tilt. The lightshow was absolutely incredible, how does it look with mirror blades? Noticeable improvement?

Fitted the posts supplied before I played any games, played about 20 or so games and I am seeing damage behind the post! (sadly pinball shed lighting is awful).
I did not put a washer on as Phil said not too.
Not a happy bunny!

Tomorrow I will take the post off, photo the damage in a better light and then put a washer on.

Anyone got a better idea?

You need to iron that Julian or it’s going to come off - I’ve got kevlar’s iron - I’m sure he would be ok using it to iron this down. But you should email Phil and get his view officially as you don’t want to do anything that might hose the warranty.

I wouldn’t put a washer on until it’s ironed. Mine had washers and the post was tight still got the issue. As I said there is no fix for this other than playfields with proper clear.

Neil McRae said:
you don’t want to do anything that might hose the warranty.


Sent from my iPhone using Tapatalk Pro
Click to expand...

What's this Warranty you speak of?
Reactions: Neil McRae

Such a shame to see this after you've gone through the effort to avoid it. Personally I think the mylar circles will hold it all together once flattened/ironed but christ, everyone has differing opinions still! The washer will atleast hide the damage once flattened and probably help avoid more.
Reactions: Marvello
D

After 89 games and no mods the slightest bit of damage at the post in its own but my 6 year olds games only last around 3 mins and I’m not much better. 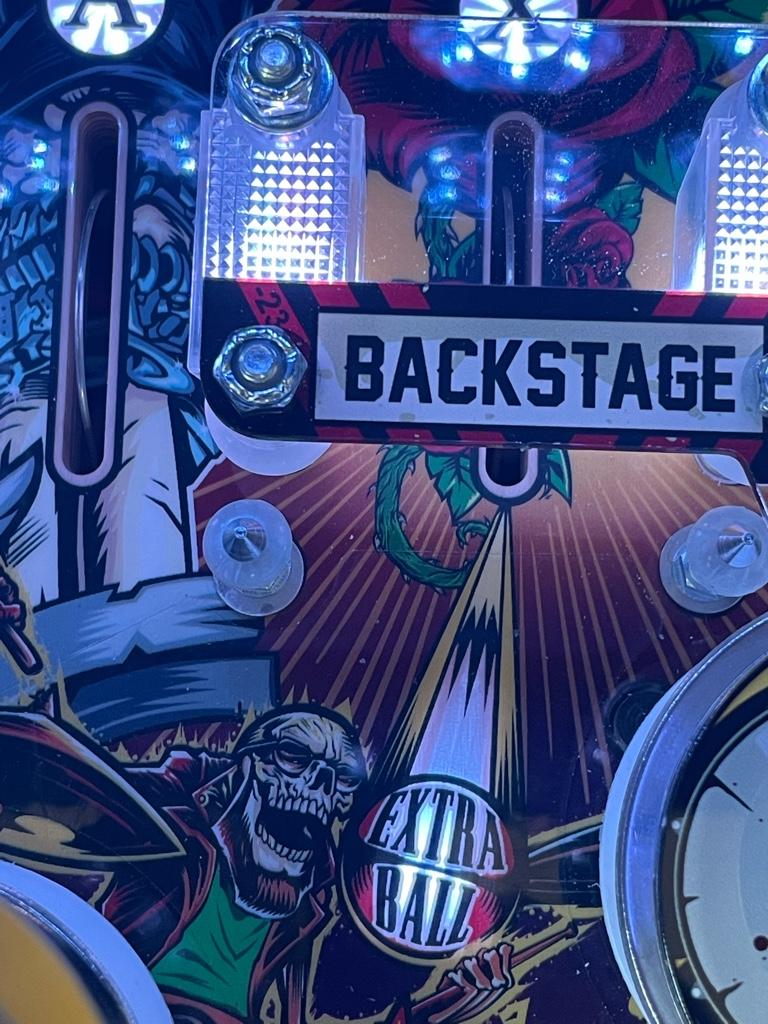 I’m thinking to take that post out by the bumpers now.

J.C.Rox said:
Such a shame to see this after you've gone through the effort to avoid it. Personally I think the mylar circles will hold it all together once flattened/ironed but christ, everyone has differing opinions still! The washer will atleast hide the damage once flattened and probably help avoid more.
Click to expand...

Mylar?! That honestly does nothing spooky tried it and others tried it. They just come off after a few plays.

Once ironed you don’t even need the petg washers which in my view are a total waste of time anyway - but the problem with GNR is that there is to much to iron.

I think the CE’s will all get this badly as all of the CE’s seem to have been hit with it - the LEs might get less because they are the newer mirco playfield per Dave’s quality post but I don’t hold out much hope based on other posts on pinside. The posts being at fault when folks had pooling and chipping at regular screw points was always a total waste of time and anyone believing that ****wit retrococko needs their head looking at.

Guys, I played two games so far - just to make sure the pin works.....
Got song Applause on my 2nd game.... then encore ..... insane lol....
Not playing anymore until I find best way forward...
Reactions: BigIan and SilkySox
You must log in or register to reply here.
Share:
Facebook Reddit WhatsApp Email Share Link
Top Bottom