Status
Not open for further replies.

Just thought i'd give a bit of an update into whats happening behind the scenes here... As you all know, we do tweaks along the way, however every so often we try to add helpful changes and functionality.

Theme
We have been using the same Theme for a while now... and it has served us well. I'm looking at something as clean and user friendly... with the options to change from dark to light on every screen at the click of one icon... I believe i have found one, however obviously it takes some work to create.. here's a sneak preview....

And at the flick of a switch...

The forum logo has been updated a little.. in fact a lot. I'm using it on the trial theme above, however just to illustrate the difference....

So after last years attempt to move onto a classifieds section, and the subsequent revert to the "old way", ive been looking at possible improvements on what we currently have. Lots of people said that they liked the fields where you could put "the good bits" and "the not so good bits". So, i am looking at using the thread based system we have, however putting fields in the first post to allow sellers to put in and be clear as to what condition the item is in etc. Obviously there is the Free - text part, however just to try to keep some uniformity on these threads.
This is currently a work in progress and i will advise more when it gets closer...

I have now enabled "Article mode" in the shop logs section. The differences between standard discussion and Article mode is as follows :

This is the default, traditional thread type, used for general, unstructured conversation.

Discussion threads are generally shown with the original post first, and subsequent replies are shown sequentially afterwards. If a forum is set to display 20 posts per page, the second page of the thread will show the 21st post at the top.

Sometimes, threads are less about discussion and more about imparting knowledge. In these cases, article threads allow the first post in a thread to be afforded special treatment.

The first post in an article thread has extended limits on the number of embedded media items and attachments, has a greater character limit to allow very long textual content to be posted, and has different styling applied to make it appear distinct from subsequent posts in the thread.

Subsequent posts made to an article thread are considered to be comments on the article. At the point that the comments extend beyond a single page, a compressed version of the article will be shown at the top of each page, rather than being shown only at the top of the first page as would be the case with a


This happens on a thread by thread basis. To use Article mode, you just have to click on the correct tab at the top when creating a new post...

I havent tried one yet, however i may start one later today as i have a little bit of a project going on....


So.. plenty of stuff simmering away in the Pinballinfo pot at the moment... More updates to follow as they emerge...

Thanks Paul, the article format in particular looks really useful

I have a Blog possibly in the wings.. however i'm not sure what with articles etc wether that would realistically be needed. Also - currently i have set the "shop logs" to "mixed". Need to see how that works out. I would love to be able to set it to Articles only, however not sure on the implications to that, and certainly dont want to loose any content we have there already

I also have the option of a "Question/Solution" type forum where users ask questions and they get the chance of making a response as the solution. I think that we could make use off this for technical questions?? Any thoughts??
Last edited: Jul 21, 2021

@Paul maybe add an "i" on the logo . Looks like NFO!
Reactions: Wizcat
OP

As a veteran of old piracy sites which use nfo files, the new logo very much reminded me of a piracy site!

I do see that the I is the sword, but it took a moment
Reactions: Martywolfman and Stags6969

Obviously we know it says Pinball Info, from context - but it doesn't stand out as such.

Change the 'O' to a pinball and then you just have 'NF' standing out.

Is there anyway of knowing what the split is of people using Dark or Light theme? I find it really difficult to read in white, and always switch to dark.

Yes I do get that but it does not stand out as much as the blue NFO.

When you look at the site on a larger screen the logo is pretty small.
The NFO is going to stand out.

Lighten half of the swords blade etc so it stand out
Reactions: Paul

I liked the alphanumeric design ;-)

You still got it Paul?

Vimtoman said:
Yes I do get that but it does not stand out as much as the blue NFO.

When you look at the site on a larger screen the logo is pretty small.
The NFO is going to stand out.

Lighten half of the swords blade etc so it stand out
Click to expand...

I never see the logo, I don't think it shows up on Android phones?

While you're changing things, I have a very minor annoyance, so if it's a pain to fix, don't worry about it. When looking at 'What's new' and you need to go onto a second page, clicking the more button shows all the ones you've just read & you have to scroll down to the first unread. Moving to the next page after that is absolutely fine. Could you make the initial More button go to page 2?

The seeker said:
logo looks odd, prefer the old one.
Click to expand...

Reactions: The seeker and BigIan

We need a Photoshop expert who can doctor loads of classic translight logos to say 'Pinball Info' in the style/font/shape of the original machine's logo at an agreed size for the webpage heading, then rotate them periodically or randomly. Like Arcade cab marquees.

The current Medieval Madness choice makes us look a bit Dungeons and Dragons, which i can safely say is not something I associate myself with, let alone dabble in. Others may choose to go balls-deep in that stuff, and i'm not criticising you for it.

where's @xianek when you need him!

e.g. imagine these GFX with the words 'Pinball Info' instead. 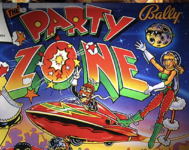 Monkeyboypaul said:
We need a Photoshop expert who can doctor loads of classic translight logos to say 'Pinball Info' in the style/font/shape of the original machine's logo at an agreed size for the webpage heading, then rotate them periodically or randomly
Click to expand...

Disagree. When was the last time you saw a "Brand" rotate their logos?? They may change/replace every x years, however most certainly not rotate them. A visual is synonimous with a brand... the "brand" in this place being "pinballinfo".

People see the "logo" and relkate to the specific brand.


I'm actually quite disapointed. All i wanted to give in this thread was an update as to whats happening in the background. It wasnt meant as an "i like this... i would do this" purely because from personal perspectives everyone is different. That isnt a dig at anyone, only at myself as i should have known better.
(EDIT : this isnt a Rant - far from it!!)

Status
Not open for further replies.